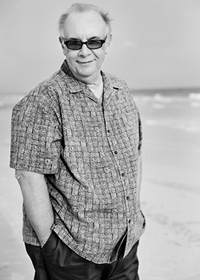 Jerry Kennedy filled multiple roles as a musician, producer, songwriter and record executive in Nashvilleâ€™s music industry. An accomplished guitarist, his distinctive work graces hit recordings such as Jeannie C. Rileyâ€™s â€œHarper Valley P.T.A.,â€ Roy Orbisonâ€™s â€œOh, Pretty Woman,â€ and Tammy Wynetteâ€™s â€œStand by Your Man.â€ He has produced classics by Tom T. Hall, Jerry Lee Lewis, Reba McEntire, Roger Miller, Johnny Rodriguez and the Statler Brothers, among many others, and he was chief of the Nashville division of Mercury Records from 1969 to 1984. Working with producer Shelby Singleton, Kennedy was also instrumental in breaking down racial barriers in the early â€™60s by recording R&B acts like Brook Benton, Ruth Brown and Clyde McPhatter with Nashville country session musicians.

Born and raised in Shreveport, Louisiana, Jerry Kennedy began playing the guitar as a child and in 1951, at the age of ten, earned acclaim as a finalist in the annual Bob Wills talent hunt. By the time he graduated from Byrd High School in 1958, Kennedy had become a local sensation and was performing on the Louisiana Hayride. He backed rising stars Faron Young and Johnny Horton on the country radio show, all the while traveling the state with friend and producer Shelby Singleton and making blues records with the likes of Jimmy McCracklin and Guitar Junior.

Following the lead of other local musicians, and prompted by Singleton (who now worked for Mercuryâ€™s country division in Music City), Kennedy made the move to Nashville in 1961 in search of session work. He began work as Singletonâ€™s assistant at Mercury Records within days after the move. After Singleton moved to New York to head up Mercuryâ€™s A&R office, Kennedy was promoted to A&R manager at the label and in 1969 became Mercuryâ€™s vice president in charge of country music.

While pushing paper and making executive decisions, Kennedy was still able to forge a remarkable career as a both a record producer and session musician. Known for his easy-going temperament and low-key approach to recording, he produced Roger Millerâ€™s early hits, helping the new artist earn 11 Grammys in 1964 and 1965. Kennedy is also widely known for producing (and playing on) the albums that aided Jerry Lee Lewisâ€™ transition from rock to country.

Kennedy stepped down from Mercury Records in 1984 to start his own production company, JK Productions, which produced the Statler Brothers, among others. A much beloved member of the Nashville musical community, Kennedy resides in Brentwood, Tennessee, and is enjoying retirement.